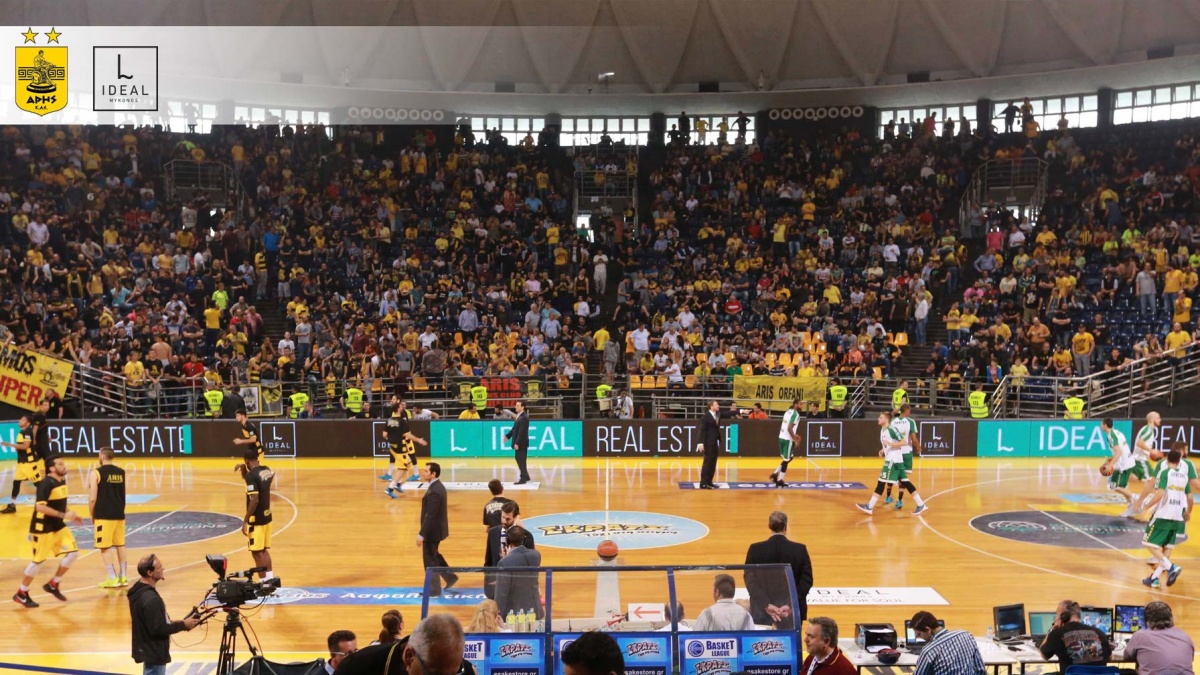 Ideal Mykonos are Official Sponsors of ARIS BC

ARIS Basketball Club (ARIS B.C.) known as “the Emperor” is one of the most successful Greek basketball clubs of all time. ARIS achievements are:

Prior to the arrival of Nikos Galis in Thessaloniki and the first European wins of ARIS, basketball was not a highly recognized sport in Greece. Legendary Nikos Galis and the success of ARIS BC were what truly brought attention to basketball and gave it its popularity. They earned their recognition through their record of 80 straight wins and 0 defeats.

With pride Ideal Mykonos supports, respects, and admires ARIS BC for their history and continuous success. We are glad to be official sponsors of ARIS BC and are looking forward to cheering and celebrating their victory next session! Can`t wait to see all our fans in Nick Galis Hall!

Ideal Mykonos is the Only Real Estate Agency with the Signum Virtutis, the Seal of Excellence by the Seven Stars Luxury Hospitality & Lifestyle Awards